The project is designed to assist in the establishment of alternative livelihoods for fishers in St. Kitts and Nevis.

Fisheries Officer, Karim Saddler said there was an urgent need for the project in the Federation.

“As we know, climate change and other factors affect the regular fisheries that help to support our fishers and fisher folk in the Federation. And so, this is an alternative for them to help to create some sort of income and it’s also a new product on the market to be producing more abundantly,” Saddler explained.

He said the initial project is expected to last four weeks, when the first set of sea moss matures.

“We’re going to look at the cleaning, setting up more plots over the coming weeks so at the end of the four weeks, this first set should have already matured and then every batch after that will be coming in as soon as possible,” he explained.

Saddler called on members of the public to respect the project site, adding that there are penalties in place for persons caught tampering with the plots.

The Sea Moss Culture Site is located at Frigate Bay, with another site located at Newtown Bay, near the Department of Marine Resources. 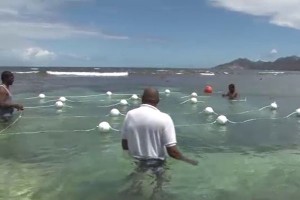 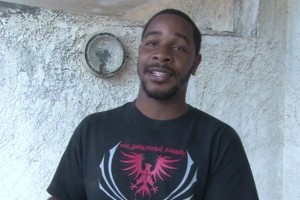 St. Kitts and Nevis Investing in Aquaculture
Scroll to top